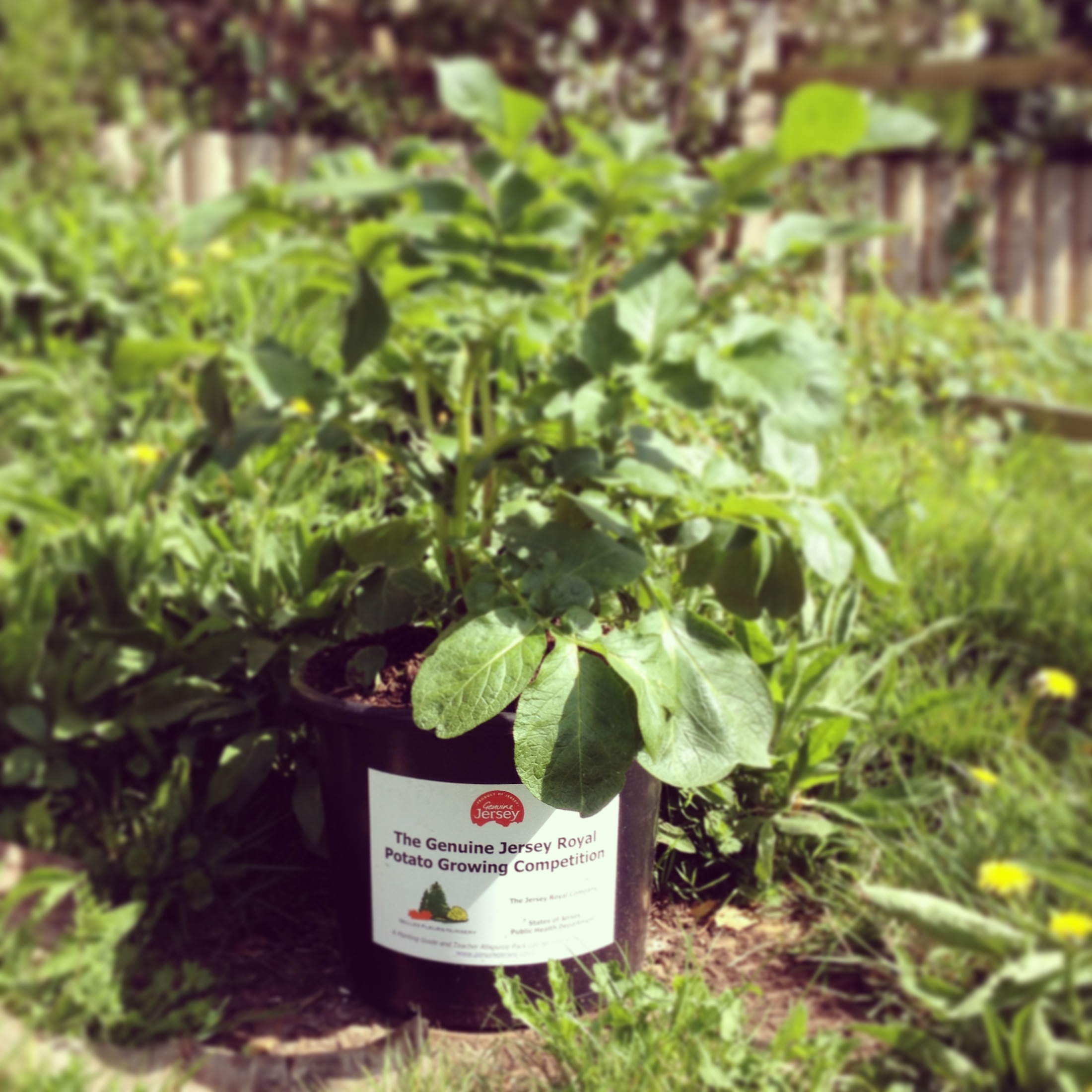 and St John’s WI among big winners in

The Grand Weigh-In took place at St Clement’s Parish Hall on Friday 22 May.

Each year thousands of Islanders – primary school pupils, the Constables, the media and – for the first time this year – Jersey’s Women’s Institutes – take part in this keenly fought competition, which celebrates our world-renowned early potato.

The Royals are judged against two sets of criteria – their weight once removed from the bucket and the number of individual tubers.

All but one of the Island’s primary schools took part (St Martin’s stepping back this year while their new school is built). After a team of judges had visited every school,
St Christopher’s was rewarded for growing the heaviest crop in a single bucket with
Bel Royal named runner-up.

When it came to number of tubers, Grouville took the crown with Samarès in runner-up spot.

The final prize went to St Lawrence for the quality of its coursework based on the competition and the displays created by pupils about the Jersey Royal. St Christopher’s was the runner-up.

In the inaugural WI class, La Pouquelaye grew the heaviest potatoes while St John had the most tubers.

In the parish competition, Constable Juliette Gallichan of St Mary was the big winner, growing the most tubers and the heaviest potatoes.

There was also a double triumph in the media competition with Connect magazine taking both titles. The potatoes were grown by Gwyn Garfield-Bennett.

John Garton, Chief Executive of Genuine Jersey, said the competition had once again been a huge success.

“There was a real enthusiasm and spirit at the Grand Weigh-in and it was great to see so many competitors there to see if four months of effort had paid off,” he said. “The event is always great fun but there is a serious side in that it teaches us all – especially the schoolchildren – about the importance of our most important crop. We might just buy our Royals from a supermarket or roadside stall but a lot of effort goes into producing them.”

The Jersey Royal potato is one of a small number of fresh produce lines that have been granted a Protected Designation of Origin by the EU. This means only Jersey Royals grown in the Island can carry the Jersey Royal brand.

The annual competition is sponsored by the Genuine Jersey Products Association and supported by Belles Fleurs Nursery, the States of Jersey Public Health Department and The Jersey Royal Company.