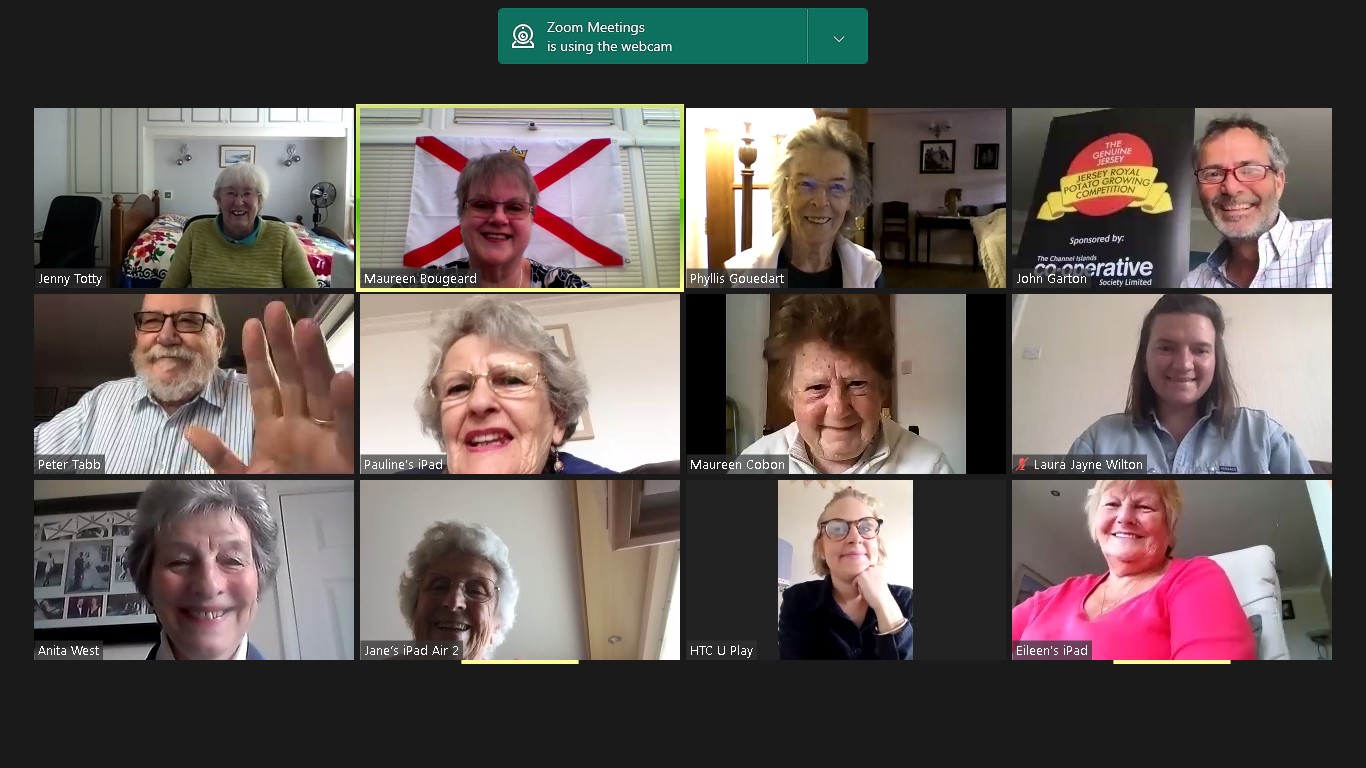 Virtual potatoes at the ready!

Closed classrooms and working from home did little to dampen spirits at the annual weigh-in for the Genuine Jersey, Jersey Royal Potato Growing Competition. Constables, the Women’s Institute, Government Health and Community Services and schools all attended the island’s first ever virtual potato weigh-in to see just who tipped the scales in the right direction!

34 of Jersey’s primary schools took part in this year’s competition, using video technology to share the results with their students and involving those still in attendance to dig up the results of their four-month long efforts. St Christopher’s Nursery Class reigned triumphant with a crop of 99 tubers weighing 2552g. They were closely followed by St Michael’s Year 1 class who grew 87 tubers weighing 1175g.

Sue Le Gallais, Reception Class Teacher from Helvetia School, said: “The girls thoroughly enjoyed planting the potatoes and we learnt some of the history behind the Jersey Royal. During lockdown we used photos of the potatoes from our weigh-in to feed into our math lessons on Zoom, calculating the number and weights.”

Les Landes School are still teaching pupils of parents who are essentially employed and got stuck in with digging up the potatoes whilst maintaining a safe distance. Most year groups were present at the grand reveal in their vegetable garden, and all helped with the counting and enjoying the efforts of their labour as part of their lunch.

John Garton, Chief Executive Officer of Genuine Jersey said: “Despite the difficult circumstances imposed upon us at this time, there was never any doubt that we were going to host the weigh-in in one form or another. It is such a well-loved event and an important one for the island of Jersey to celebrate. Hopefully through learning more about Jersey Royals and the industry’s place in our island’s economy will encourage more to buy local. Supporting our farmers and producers is now needed more than ever at this difficult time.”

In the Constables event last year’s winner, St Clement’s Len Norman, maintained his title with the heaviest crop of the competition at 1254g of freshly dug Royals. But his offering of 65 tubers was not enough to contend with St Lawrence’s Deidre Mezbourian who took the title for ‘Greatest Number’ with 86 tubers.

The Women’s Institute trophy was taken by Anne Perchard of St Martin’s WI who won both ‘Heaviest Crop’ and ‘Greatest Number’ with 78 potatoes weighing 2259g. Runners up were Sue Read of St Lawrence’s WI with 65 tubers and Phyllis Gouedart of Le Hocq with a crop weighing in at 1704g.

The Government’s Health and Social Services have been using the competition to aid mental wellbeing, gardening having been proven to relax and calm people’s minds. This year there were joint winners with both Overdale Horticultural Group and St Saviour Maple Ward both registering 50 potatoes at a weight of 708g.

The competition was kindly sponsored by the Channel Islands Co-operative Society, with support from Belles Fleurs Garden & Plant Supplier and The Jersey Royal Company. The Growing Competition has been taking place for 14 years with the number of participants growing as more are keen to celebrate Jersey’s humble potato.