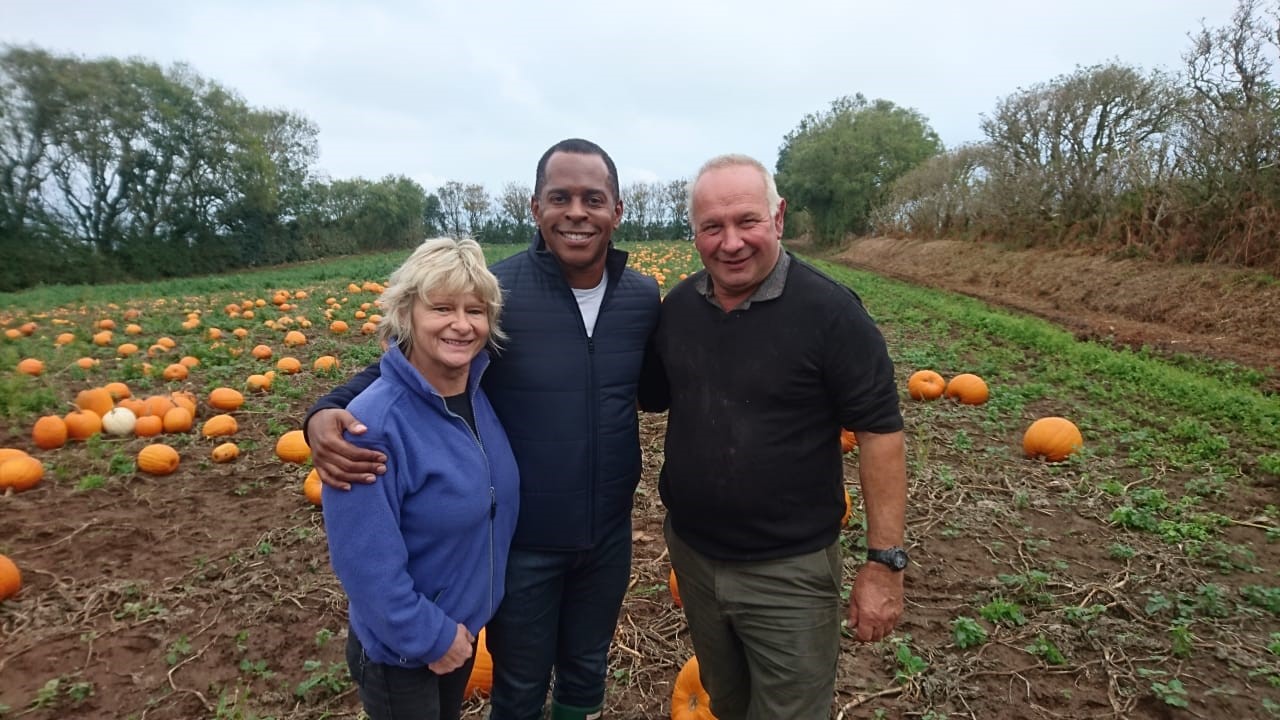 Good Morning Britain celebrity Andi Peters was in Jersey last week to feature the amazing pumpkins of Manor Farm on national television. The television producer and presenter spent a morning with Genuine Jersey farmers Christine and Didier Hellio, exploring the huge range of pumpkins available for Halloween as part of the breakfast programme’s giveaway competition.

Gathering footage for the competition on Good Morning Britain has taken Andi Peters all over the world, but last week he made the short trip across the channel to visit our Island and pick pumpkins with the Hellios. Viewers will soon be able to tune in and see footage of Andi Peters exploring Manor Farm and the rest of Jersey, with the chance of winning £50,000 and a car.

Christine said: “Andi Peters was such a delight to meet in person, he was very enthusiastic about all our produce on the farm and more than willing to get stuck in in the fields. We spent a fabulous morning exploring the fields and the different types of pumpkins we grow. We even found a warty looking pumpkin, that Andi joked bore a striking resemblance to Piers Morgan!

“We always welcome the opportunity to educate people about farming. Our gates are always open to students, visitors, tourists and even TV crews, anyone that would like to learn more about the wonderful produce that Jerey has to offer.”

The Hellios became well-known to BBC producers following their attendance at a Countryfile fair held at Blenheim Palace during the summer, where their Jersey Royal potatoes, vegetables and tales of farming on Jersey were a highlight of the event.  When producers wanted to do a Halloween themed segment for the competition, they immediately thought of Manor Farm’s pumpkins and got in contact with the Hellios.

From their Farm Shop in St Ouen, the Hellios sell a wide range of pumpkins perfect for spooky festivities. As well as the traditional types, they have grown new polar bear all-white pumpkins for this year, along with extra knobbly ones.