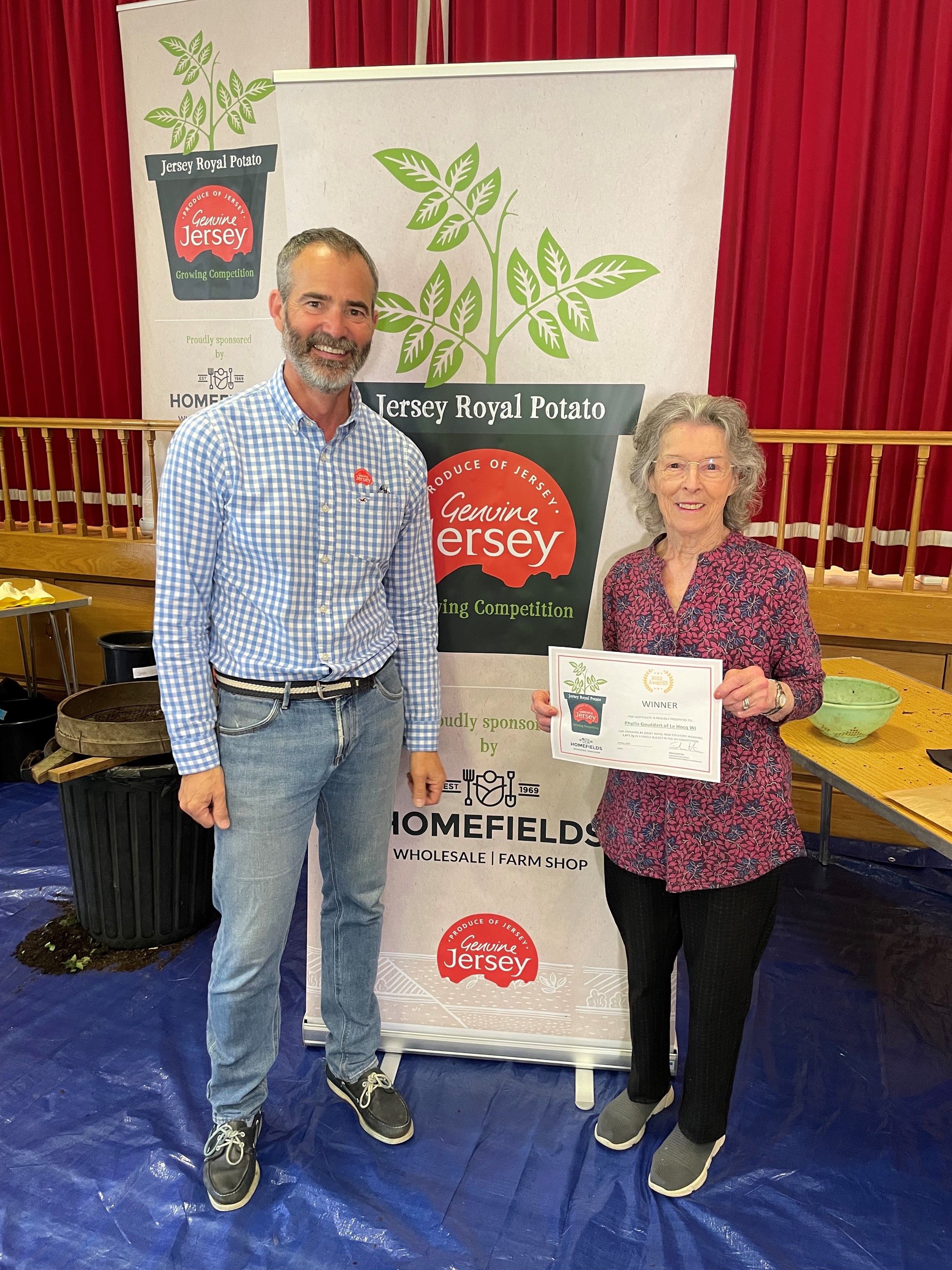 The Results are in for the 2022 Growing Competition

Spirits were high during this morning’s Genuine Jersey, Jersey Royal potato growing competition, sponsored by Homefields, weigh-in held at Grouville Parish Hall, the last in a week-long series of potato weigh-ins. In what has been one of the driest seasons for some time results were mixed with our first ever bucket recording no potatoes at all! Starting in late January, schools, media, the Women’s Institute, Connetables and this year for the first time Occupation VIPs from each parish, have been nurturing their seed potatoes provided by the Le Maistre family of MasterFarms, in a bid for potato growing glory.

John Garton, Chief Executive Officer of Genuine Jersey, said: “It’s been a busy week visiting not only the Women’s Institute but also every parish on the island to meet with the Occupation VIPs to find out the winner from each parish. Bringing everyone together this morning to see the results of the constables and media participants' efforts always brings a new energy to the competition as we get to see first hand the joy that everyone has found in growing their potatoes. The Jersey Royal really is the star of the show!”

In the school’s competition, which involved all of the island’s primary schools, St John Year 3c won the heaviest crop award, 1,177gms. Year three at Grouville School Primary won the schools’ most tubers competition with 45.

The Connetable of St Lawrence’s bucket yielded the greatest weight at 1,465.5g whilst St Martin grew the greatest number of tubers at 34.

In the media competition, Sophie Dulson at Channel ITV won both the heaviest crop award with her 635.6g and the most tubers, yielding 33 potatoes. It may well be cruel of us to highlight those who forgot to plant their seed potatoes, but they know who they are and we’re sure they’ll be back fighting for the crown next year.

None of the results compared to the efforts of the Women’s Institute which was won by Phyliss Gouédart of Le Hocq (pictured) with 41 tubers at a weight of 1,877.7gms.

With support from our sponsor Homefields the Genuine Jersey Products Association is set to bring bite sized buckets of Jersey farming to the attention of Islanders once again, for the competition's 17th year in January 2023.

John said: “It was fantastic to add in the Occupation VIPs to this year’s competition, further increasing the number of people getting involved in the competition, we can’t wait to see where it goes next year. Jersey farming and the Jersey Royal are quintessential to Island life and the potato growing competition remains a fantastic opportunity to celebrate this.”