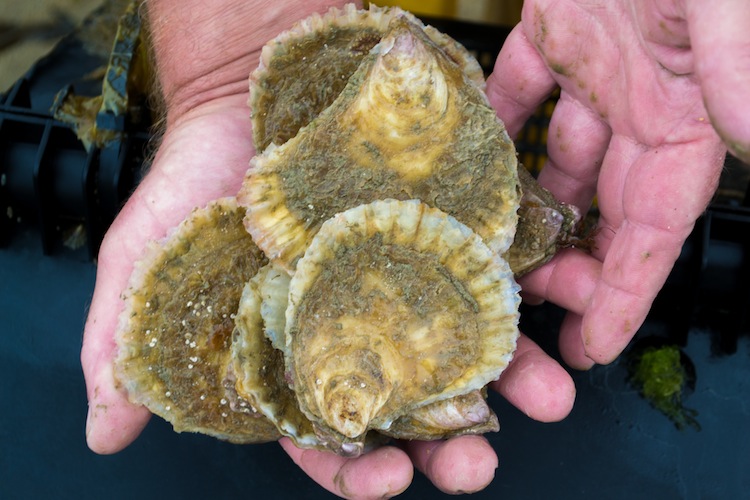 Pukka Jersey oysters are going to market tomorrow (2nd March 2013) for the first time in 120 years.

These oysters are flat oysters and the nearest you can get to the old indigenous Jersey Oysters that were farmed in the Royal Bay of Grouville in the 19th century when it was a major industry exporting to the UK and Europe.  There were even oyster wars with the French and oyster worker riots in Gorey back than.  They have been farmed by Tony Legg of Le Câtillon Oyster and will be on sale tomorrow (2nd March 2013) from Vicky Boarder at The Fresh Fish Company Fish Van at La Colette, both are members of Genuine Jersey.