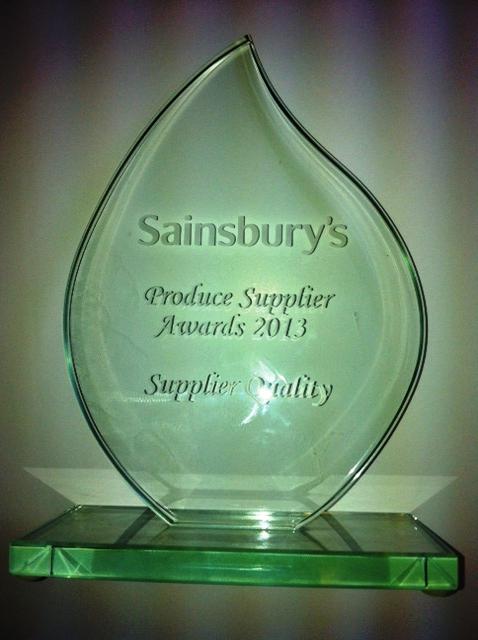 Date: 29/05/2013 | Posted by John Garton
Genuine Jersey member Peter Le Cuirot’s tomatoes have been recognised for their outstanding quality by UK supermarket chain Sainsbury’s – beating other fruit and veg from the British Isles and worldwide. The Sainsbury’s Produce Supplier Awards 2013 were announced earlier this month in a ceremony in London.

Out of all the growers who supply Sainsbury’s, the award for Supplier Quality went to P J Le Cuirot Limited and Peter’s UK marketing partner Eric Wall Limited, an English grower based in Chichester. Peter has been growing tomatoes at his nursery in Longueville, Grouville, for four decades. The majority of his crop is exported to the UK to be sold in Sainsbury’s supermarkets principally in the areas around Basingstoke, Emerald Park and St Albans. The remainder of the crop goes to local wholesalers and selected food outlets.