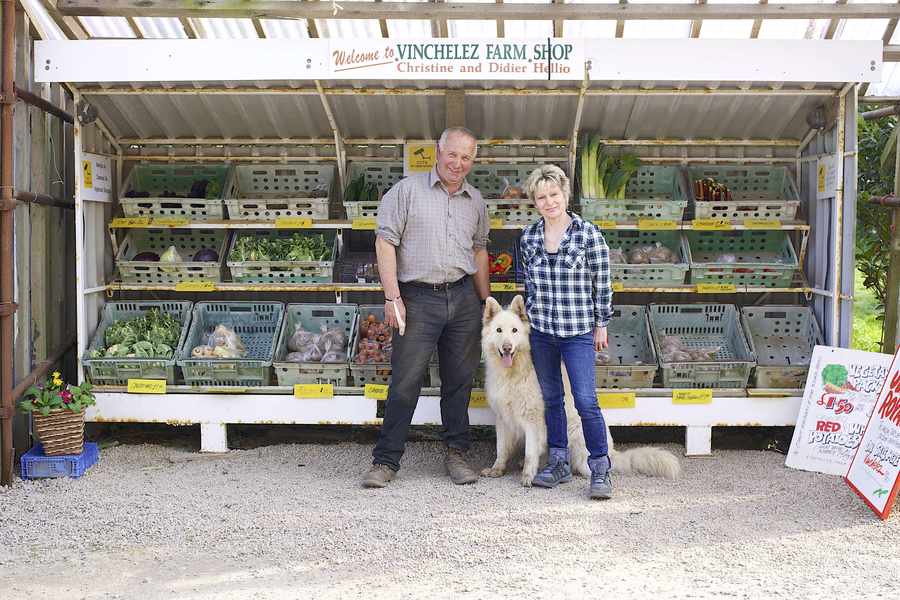 Christine and Didier Hellio of Manor Farm have been invited by BBC’s Countryfile to exhibit their Jersey Royal potatoes as part of its 30th anniversary celebrations.

The Hellios will join over 700 exhibitors for a live showcase at Blenheim Palace which will feature food, craft and luxury produce in what has been described as ‘the best country fair in the world’ from 2nd to 5th August. Their display includes artefacts, potatoes and photographs which show the evolution of farming.

Christine and Didier first featured on Countryfile in May 2016, when the production team flew to Jersey to experience potato farming on the farm’s cotils. They were so impressed by the welcome and the couple’s knowledge that they have now been invited back for the special anniversary event.

Christine said: “I just think it’s fantastic that the Jersey Royal is being featured as part of this huge event and that people are so interested in the history behind potato farming.

“I’ve told Countryfile that these Jersey Royals are my babies, so I want them to be looking at their best. It is our busiest time so I might not make the whole event but if I do manage to get over next week I will be travelling with a handbag full of extra spuds just in case those on display need refreshing!”

This year sees the island celebrate 140 years of the Jersey Royal potato, with the Hellios responsible for exporting 450 tonnes each year. Christine and Didier have been growing potatoes and vegetables at Manor Farm for over 30 years, welcoming anyone through their gates that has a curiosity to learn more about the produce and the history of the farm.

John Garton, Chief Executive Officer, Farm Jersey said: “This is such a great honour, to be selected out of hundreds of guests to showcase Jersey’s wonderful potatoes. As well as a great opportunity to promote our produce and the superior taste it delivers, this really is a tribute to Christine and Didier and all that they do locally to promote farming.

“Their visitor-friendly farm and welcoming attitude has done so much to educate people about the benefits of buying local produce and the place that farming has in our economy.”