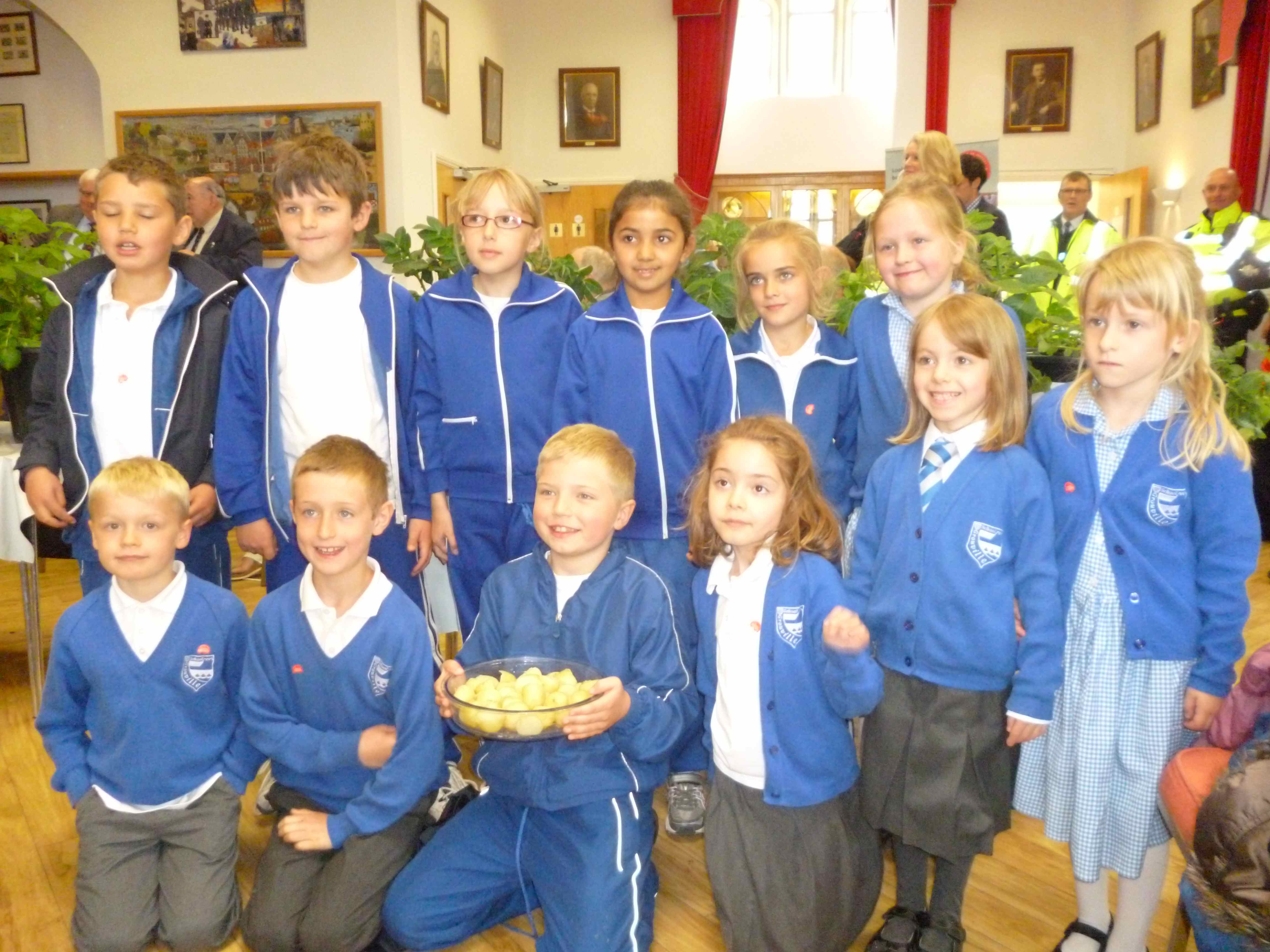 Date: 29/05/2013 | Posted by John Garton
Grouville Primary School scooped two of the prizes in the 2013 Genuine Jersey Royal Potato Competition by growing the heaviest crop and the most tubers. St Lawrence won in the course work category.

In addition, seven classes from Grouville School made the top ten of the 208 classes in all 32 primary school who completed the competition to see who were the most successful in growing Jersey Royals in a bucket over three months.

In the hotly-contested Constables competition, the Constable of St Mary, Juliette Gallichan, grew the heaviest crop while her namesake in Trinity, John Gallichan, grew the most tubers. The honours in the media competition went to Carrie Cooper and Sara Palmer of BBC Jersey who grew the most tubers, and Gwyn Garflield-Bennett of Connect magazine whose bucket produced the heaviest crop.

The competition is organised by the Genuine Jersey Products Association and sponsored by Belles Fleurs Nursery. It was also supported by The Jersey Royal Company and Public Health.

The schools’ competition incorporates specific studies over the three-month growing period learning how plants grow, where food comes from, understanding the history of the Jersey Royal and the importance of eating a balanced healthy diet.