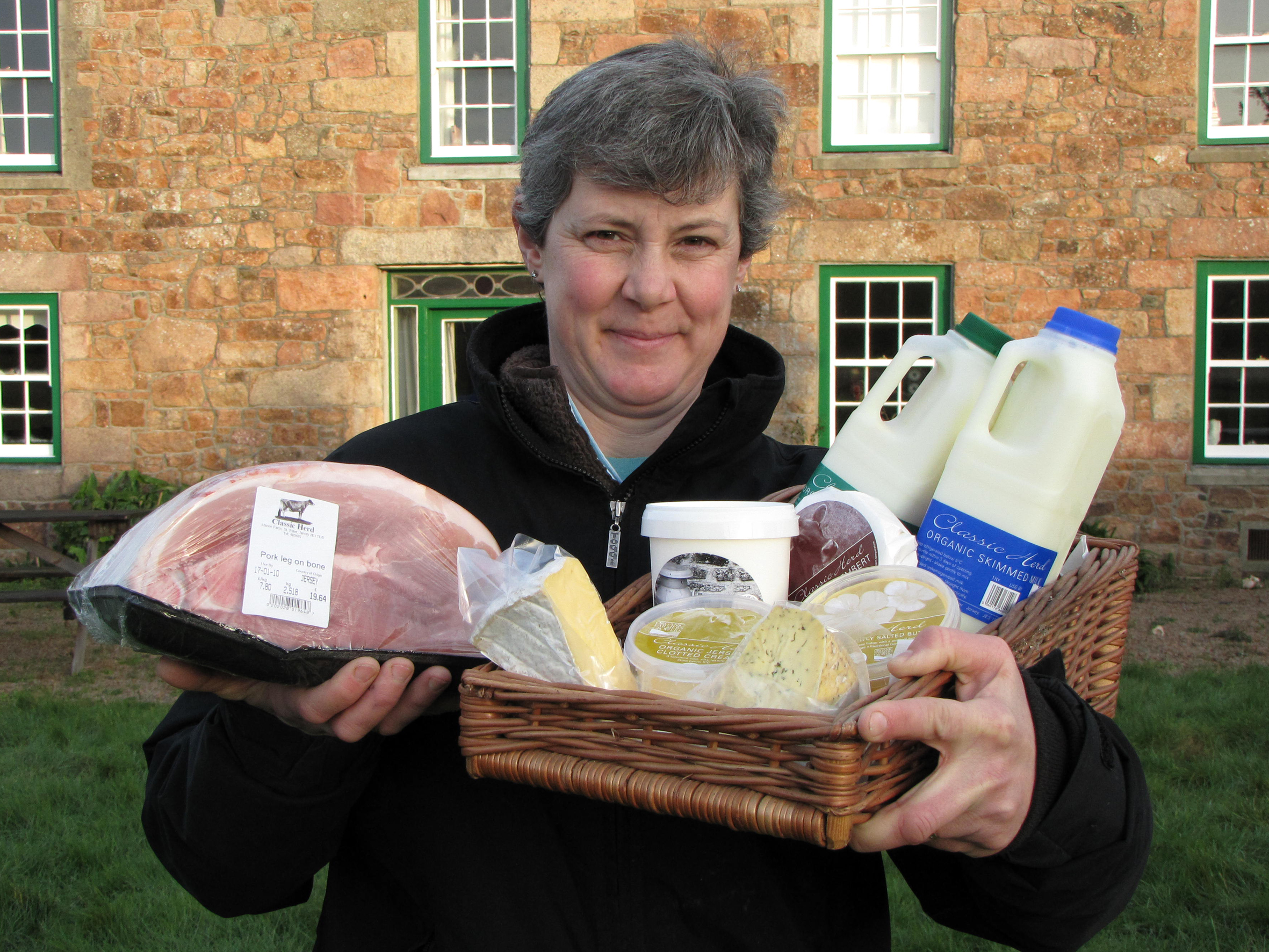 In the four years Classic Herd has been making cheese, they have been successful at a number of awards, including winning silver at the British Cheese Awards, but this is their highest achievement to date. Their successful entry on this occasion, Golden Blue, comes from the farm’s soft cheese range.

Mrs Quénault said that they were delighted, especially as this is the highest award gained to date by a cheese made in the Channel Islands.

‘Cheese-making is enjoying a revival at the moment with some wonderful new varieties being made by cheese-makers, large and small, long-established and new to the market, so the competition gets tougher each year.  To be recognised at such a prestigious event as this was a fantastic accolade for us, the Island and Genuine Jersey which stands for the best Jersey has to offer,’ she said.

Mrs Quénault said she was also grateful to Mark Jordan, head chef at the Atlantic Hotel, for his advice on which Classic Herd cheese to enter this year. In addition to Golden Blue, the Classic Herd soft cheeses include Jersey Brie, Camembert and Nouveau and they also produce a semi-hard cheese, Cache. All the cheeses are handmade on the farm with milk from their organic herd of Jersey cows.

The Chief Executive of the Genuine Jersey Products Association, John Garton, said: ‘For a local cheese to be recognised among so many top-quality and world-renowned cheeses is fantastic news and shows how proud we can be of Jersey producers.  We have championed the benefits of supporting local producers, products and produce long before ‘buying local’ became a popular movement so to see Darren and Julia achieve so much in such a short time is down to their hard work and initiative.’

The World Cheese Awards have brought together buyers and sellers from the dairy industry worldwide since 1988. The awards are organised by the Guild of Fine Food, a British trade organisation for producers of quality local and regional specialty food and drink. This year about 100,000 people attended to sample the entries once judging was complete.

More than 2,600 cheeses from 29 countries were entered for the awards which were held in late November. Cornish Blue, made by the Cornish Cheese Company, was named World Champion Cheese.