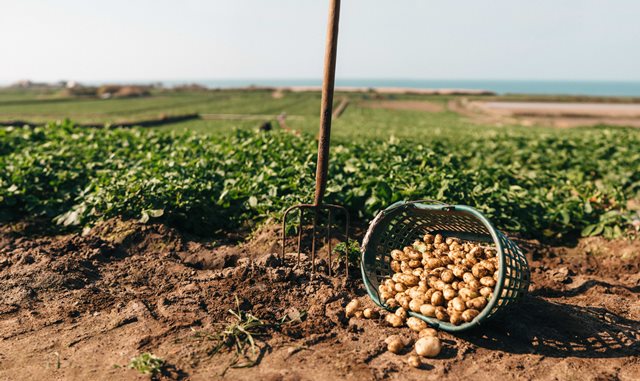 Primary school children, constables, the media, and Women’s Institute branches across Jersey will this week be invited to take part in the annual Genuine Jersey Royal Potato Growing Competition.

The event, which is sponsored by The Channel Islands Co-operative Society, sees children and other Islanders compete to grow the heaviest crop of Jersey Royals … and to achieve the highest yield.

Over 7,000 children, from 32 primary schools took part in the competition last year, alongside the Island Constables, Women’s Institute branches, and the media. Country File attended the weigh in, sharing images of our island’s most famous crop with millions of viewers all over the world.

Each competitor receives a growing kit comprising two Jersey Royal seed potatoes, polystyrene chips, compost and fertiliser – and a bucket to grow them in. All the competitors will be judged at a weigh-off event to be held at the end of May.

“The competition has grown significantly since we began and this year’s event will be no exception. So far over 50,000 primary school children in Jersey have taken part in the competition which helps give them a greater understanding of how Jersey Royals are grown, and their importance to Island agriculture and history.”

Last year the heaviest crop award went to St Christopher’s Primary, with Reception J’s potatoes coming in at 1.315 kg. St Peter Reception won the award for most tubers, with 69.

In the Constable’s competition, John Le Maistre of Grouville took double-honours, with 34 tubers and a total crop weight of 1.865 kg, and this year’s weigh in will be held at Grouville Parish Hall.

St Helier Sirens’ and the Pouquelaye Branch took the weight and tuber titles for the Women’s Institute, while the BBC’s Charlie McArdle took both titles for the media.

“We are delighted to continue our support for the Genuine Jersey Royal Potato Growing Competition.

“The competition is a wonderful way of showcasing Island produce, while teaching children about how it is produced, and some of the benefits of a healthy diet based on seasonal ingredients.”