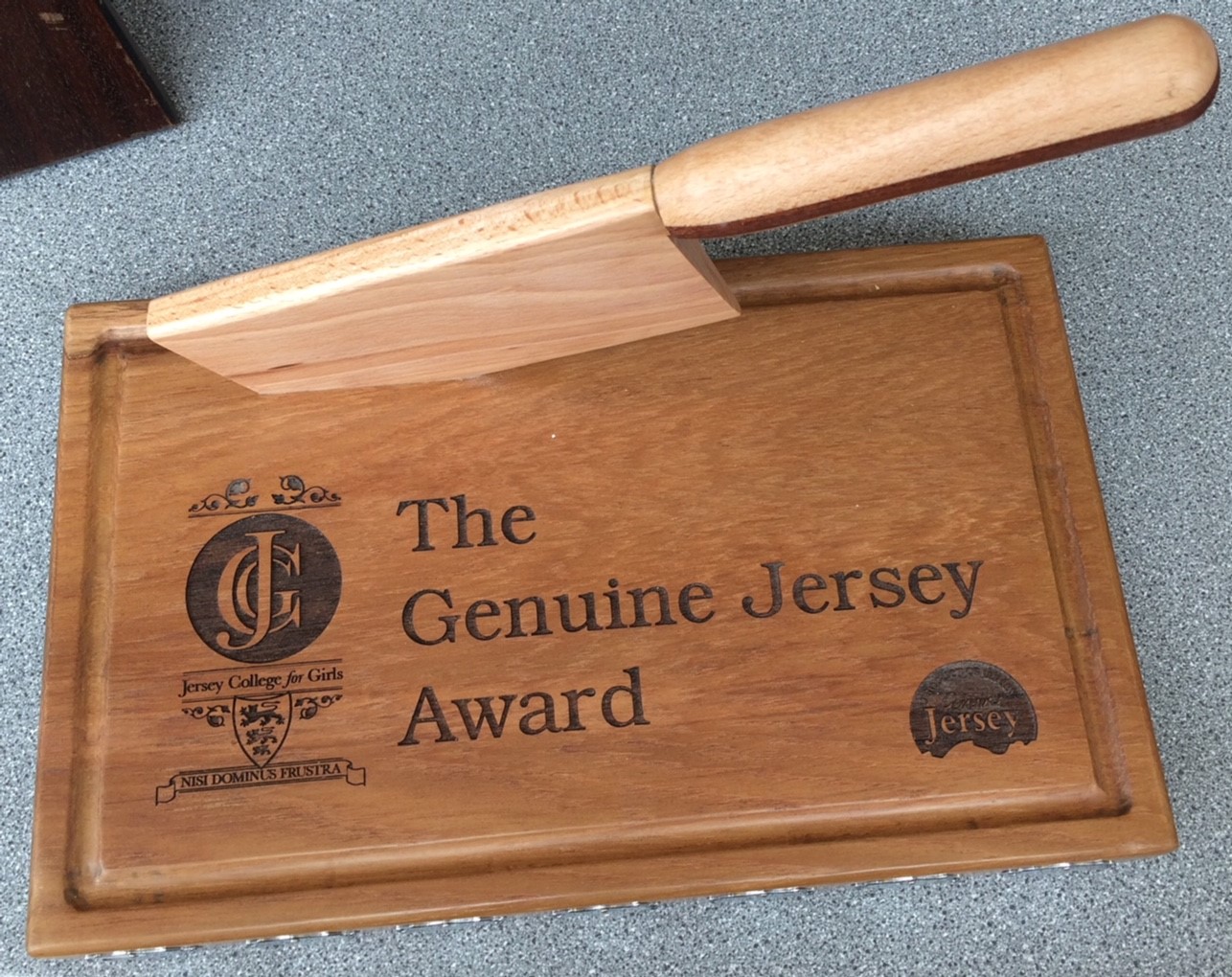 The JCG/Genuine Jersey ‘Skills for Life’ cookery competition came to a close on Friday 20th October, celebrating the best amateur chefs and fresh, local produce that Jersey has to offer.

Throughout the week [beginning 16th October], 71 students from Les Quennevais, Beaulieu, Le Rocquier, Victoria College and JCG competed in a bid to win a variety of trophies for their culinary skills and imaginative use of local, seasonal produce. Entrants were asked to create a healthy, balanced main dish, and then invited to make their dish against the clock for the judges.

In its 11th year, the competition was open to all secondary school students and for the first time included an adult segment to the contest. Entrants were judged by local culinary experts including Andrew Baird of Longueville Manor, Rozena and Tim Pedley, Marcus Calvani of BeServed Group and Shaun Rankin of Ormer Restaurant.

Beaulieu student, Emma Preisig, was the overall winner of the event, scooping the Modern Hotels Award for Year 13 and the Jersey Market’s Trophy (sponsored by Vienna Bakeries) for Best Overall Entry in the Competition. This was Emma’s fourth year cooking in the competition, as she sets her sights on studying cookery at a culinary college in Birmingham after finishing her exams. Emma’s winning dish was monkfish wrapped in Parma ham.

The Shaun Rankin Award for Best Use of Jersey Produce went to Year 8 JCG student, Ada Ostroumoff for her ambitious dish of beef, crab and vegetable sushi.  Event organiser Antoinette De Louche, Head of Food and Nutrition at JCG, said: “Ada showed innovative and creative use of ingredients and her sushi looked and tasted superb!”

The competition crowned Mrs Angela Crowcroft as ‘best amateur chef’ in the adult division for her dish of skate poached in La Mare wine with a Jersey butter and caper sauce. The adult section of the competition was launched this year as part of fundraising efforts for JCG’s upcoming charity school trip to an orphanage in Ghana in 2018.

Organiser Antoinette De Louche, Head of Food and Nutrition at JCG, said: “The standard of cooking in the competition continues to rise with every year and was undoubtedly at it’s highest this year. This contest gives teachers and parents an opportunity to promote and raise awareness of the nutritional benefits of using local produce, in a fun and engaging way.”

“We are incredibly grateful to Genuine Jersey for sponsoring the competition and to all of our other award sponsors without whom this event could not take place.”

Genuine Jersey Chief Executive John Garton said: “This is always a fantastic event for Genuine Jersey to align itself with as it teaches Islanders, young and old, about the abundance of local produce we have available on our doorstep. The difference in buying your ingredients locally can be always be found in the taste and the Skills of Life competition really gets the students to taste everything they source.”

Held in partnership with Genuine Jersey and organised and hosted by Jersey College for Girls, Skills for Life aimed to capture the spirit of shows such as The Great British Bake Off and Masterchef. The event enjoying ongoing sponsorship from Modern Hotels, Mange Tout, Dunn Ross Fisheries, Rondel’s Farm Shop, Longueville Manor, Genuine Jersey, The Boathouse Group, Shaun Rankin, the Pedley Family, Sandpiper and Vienna Bakery.