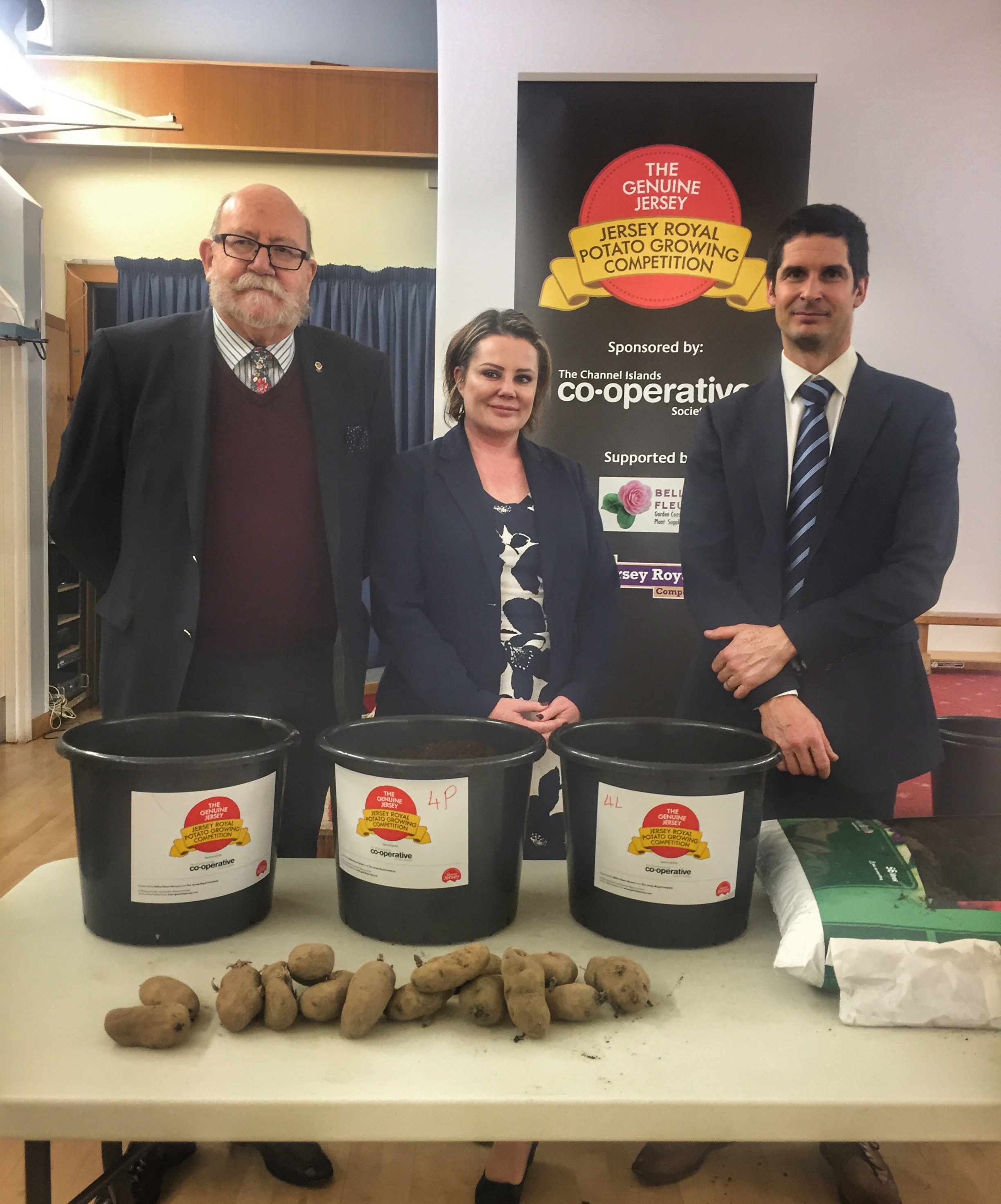 The Genuine Jersey Potato Growing Competition was officially launched at schools this week, with growing kits and buckets delivered to all of the Island’s 32 primary schools. The event was marked by a special assembly at Rouge Bouillon School where competition sponsors, the Co-op, oversaw the planting of the first seed potatoes by students.

Thanks to the support of The Channel Islands Co-operative Society 335 buckets have been handed out to local classrooms. The competition offers children the opportunity to learn first-hand about how potatoes are produced and the significance of the Jersey Royal to the Island.

Many children who live in town have limited outside spaces at home to try growing, so town schools such as Rouge Bouillon get enthusiastically involved to give their children the opportunity to experience and enjoy growing and eating their own produce. Rouge Bouillon School remains one of the competition’s biggest fans, taking on the most buckets out of all participating schools.

Russell Price, Headteacher of Rouge Bouillon, said: “Our students really enjoy the opportunity of planting and growing these potatoes as part of this competition every year and become very competitive. It would be wonderful if Rouge Bouillon could produce a winning crop this year!”

Peter Tabb from Genuine Jersey was on hand to share a few trade secrets with students, including how best to plant the seed potatoes what to do with buckets if the weather turns frosty.

Katey White, Membership and Community Manager at The Channel Islands Co-operative Society, said: “This competition remains one of the best ways to get young people engaged with the Jersey Royal and what it means to Jersey’s economy and heritage. As well as learning about the growth cycle of potatoes, they get to sample the end product and hopefully will taste the difference through eating freshly dug and cooked potatoes. We remain great advocates of all locally grown produce which is why we will always be proud as a community retailer to supply local produce such as Jersey Royals on our shelves.”

Students will have 13 weeks to nurture their buckets into an award-winning crop of Jersey Royal potatoes. Prizes will be awarded to the class that produces the heaviest yield of potatoes and those with the greatest number of tubers.