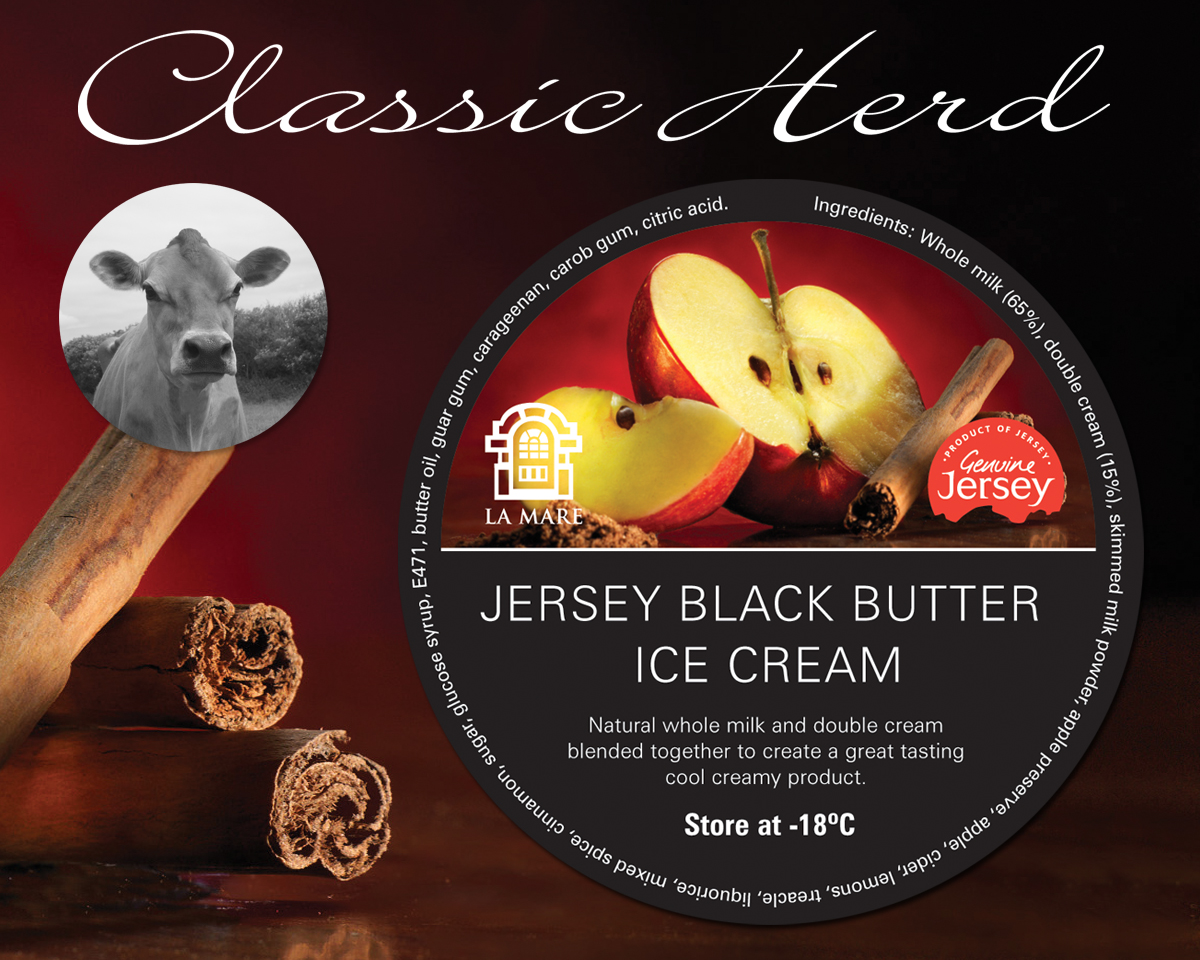 Classic Herd’s Black Butter ice cream has been named as a South West finalist in Delicious magazine’s Produce Awards for 2017.

The Produce Awards, now in their second year, look to celebrate small scale, artisan producers from throughout the UK. Classic Herd’s ice cream joins a list of 19 other products from farmers, fisherman, butchers and artisan food producers in the South West of England. If named as winners Delicious will feature Classic Herd in a spread in the magazine which is widely followed by some of the best chefs in Britain.

JuliaQuénault farmer and co-owner of Classic Herd said: “We are excited that our ice cream has been picked up by such a prominent UK food magazine, especially as the flavour is distinctly known and recognised as being from Jersey. The nomination was very unexpected but we are delighted that Genuine Jersey members and their produce are being celebrated in this way.”

This is not the first time the black butter ice cream has been showcased as it was featured in an episode by the Hairy Bikers. Classic Herd is the only independent farm on Jersey producing milk, creams, yoghurts, cheese and ice creams. They pride themselves on their milk being pasteurised but not homogenised so it is safe, but a more healthy and tasty option.

Genuine Jersey Chief Executive John Garton said: “We are proud to count both Classic Herd and La Mare vineyards as members of Genuine Jersey, a mark that continues to be associated with quality and excellence. It is our goal to champion local goods on an international level and this nomination is testament to all the hard work the team at Classic Herd put into all their dairy produce.”