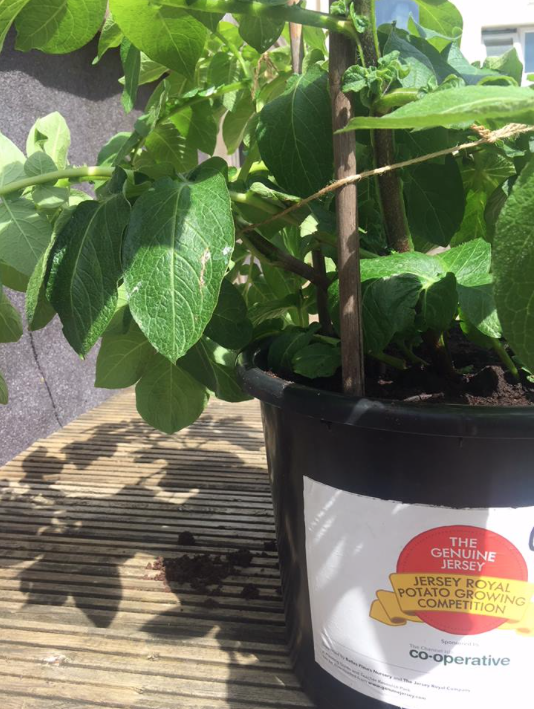 Buckets at the ready for the annual Potato Growing Competition!

The event, which is sponsored by The Channel Islands Co-operative Society, sees children and other Islanders compete to grow the heaviest crop of Jersey Royals and to achieve the highest yield. A particularly cold and stormy beginning to 2018 made last year’s competition tough with more than a few entrants disappointed to discover that their buckets yielded no potatoes.

It was the schools that demonstrated the best green fingers, with St Peters Schools producing the highest number of tubers per bucket and winning in three of the School’s competition categories. Every primary school on the Island is now involved with the event with 8,025 pupils taking part last year. Growing your own Jersey Royals serves as an important lesson on the value of fresh, local produce and also teaches youngsters about Jersey’s heritage.

Each entrant receives a free growing kit comprising of two Jersey Royal seed potatoes, compost, fertiliser – and a bucket to grow them in. All buckets are judged at a weigh-in event to be held in early May at St Ouen’s Parish Hall.

John Garton, Chief Executive of Genuine Jersey Products Association, said: “There were difficult conditions to contend with last year, but it still made for an enthralling competition and more importantly, highlighted the impact that the weather can have on local potato yield for growers. The Jersey Royal remains one of our greatest exports and the fact that people of all ages can enjoy growing and eating them it is what makes this competition so appealing.”

“This competition is a fantastic way to celebrate the start of the growing season in Jersey and for more people to become educated on the role the Jersey Royal Potato plays within our Island’s culture and history.

“We are delighted to be associated with the competition again this year and, as a community retailer, are committed to supporting local producers and farmers by offering a range of fresh local produce on our shelves.”

In addition to the Co-Op as main sponsor, the competition is also supported by Belles Fleurs Garden & Plant Suppler and The Jersey Royal Company.