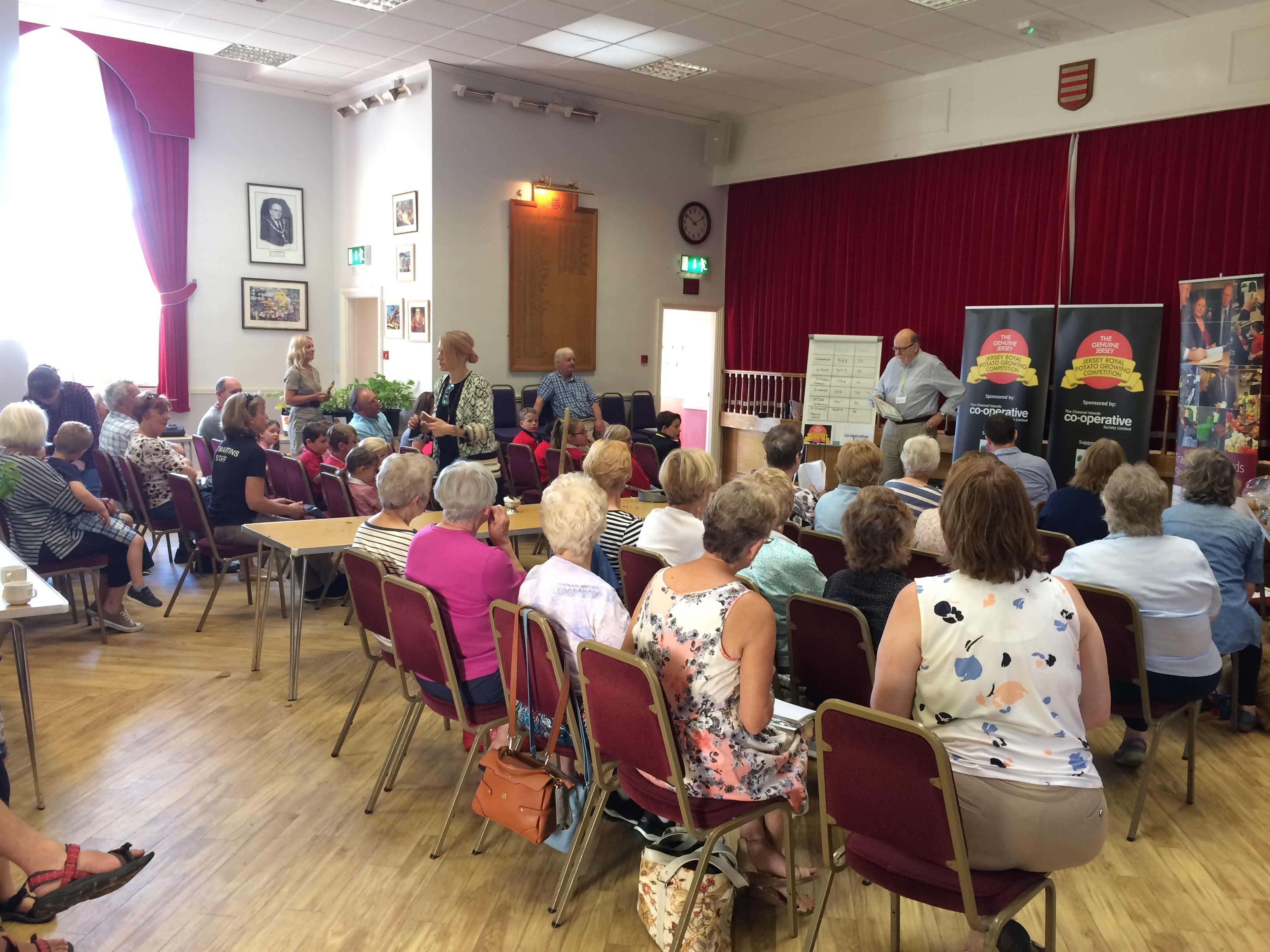 Last year’s runner up, Bel Royal Nursery went one better this year to take the heaviest crop award in the schools’ competition of the Genuine Jersey Royal Potato Growing Competition, with their crop coming in at a weighty 1.7 kg. With 32 schools taking part, competition was fierce. Runners-up St Martin’s Reception were not too far behind, with the potatoes in their bucket weighing 1.393 kg.

The Royals are judged against two sets of criteria – their weight once removed from the bucket and the number of individual tubers. The Grand Weigh-In took place at Grouville Parish Hall on Thursday 25 May.

With all schools entering multiple buckets, some more than 20, new awards were introduced this year for the best averages. The best average weight per bucket went to St Lawrence (1.009 kg) followed by Bel Royal (971g) while the highest average number of potatoes went to Victoria College Prep (36) followed by St Peter (35).

St Lawrence also won the award for the best presentation on the Jersey Royal.

The WI, Constables, Age Concern and Media were judged at the Grand Weigh-In.

In the Co-op competition – between individual stores and staff at Co-op House in Don Street – St Peter Grand Marché won both categories with 61 potatoes weighing 1.374 kg.

John Garton, Chief Executive of Genuine Jersey, said the competition had once again been a great success.

“It is always fun but there is a serious side in that it teaches us all – especially the children – about the importance of our principal crop. We may buy our Royals from a supermarket or roadside stall but a huge amount of effort goes into growing them.”

In addition to main sponsors the Co-Op, the competition is supported by Belles Fleurs Garden Consultancy & Plant Supply and The Jersey Royal Company.

Each competitor receives a growing kit comprising two Jersey Royal seed potatoes, polystyrene chips, compost and fertiliser – and a bucket to grow them in.

Now in its 11th year, this popular highlight in the primary curriculum attracts more entries year on year. More than 50,000th primary school pupils have taken part in the competition.