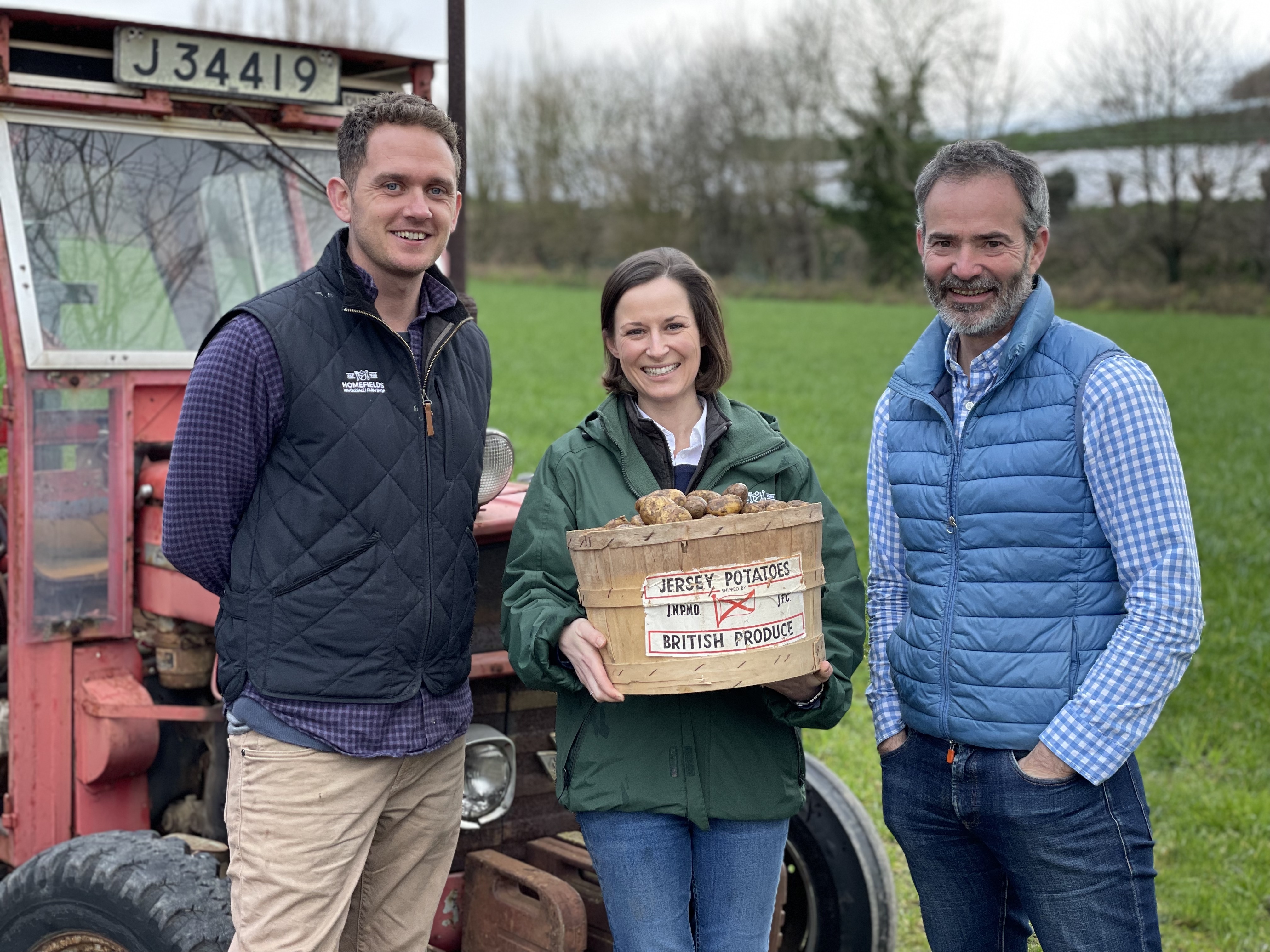 The countdown is on to the start of this year’s Genuine Jersey, Jersey Royal Potato Growing Competition, which launches this week. The annual event is now in its sixteenth year and for the first time we will be working with local fruit and vegetable wholesalers Homefields who are sponsoring the growing competition by putting together and delivering the hundreds of growing kits for all competitors.

The number of competitors has blossomed again, as this year Occupation VIPs are being invited to join the green fingered school children from all 33 Primary Schools, Parish Constables, the local media and branches of The Women’s Institute to compete to grow the heaviest crop of Jersey Royals and to achieve the highest yield.

Each competitor receives a free growing kit consisting of two Jersey Royal seed potatoes, which have this year been sourced from MasterFarms, compost and fertiliser. In an effort to reduce plastic competitors are being encouraged to reuse containers to grow their potatoes. In total 327 growing kits are being delivered by Homefields on Tuesday 8th February.

The competition provides Primary school pupils with a fun but important introduction to growing fresh, local produce and Jersey’s heritage whilst learning about the importance of eating well as they experience the satisfaction of growing their own food.

John Garton, Chief Executive of Genuine Jersey Products Association, said: “I love this time of year. As the local farmers have been busy planting their fields with Jersey Royal seed potatoes for the coming season, we are getting ready to welcome a whole new crop of competitors who’ll take part in the Genuine Jersey, Jersey Royal Potato Growing Competition.

The Jersey Royal continues to be one of the island's most important exports and the fact that people of all ages can enjoy the process of learning, growing and eating them is what makes this community event so brilliant. Come weigh in day we love to witness the delight on each and every face of all of those who have taken part during the 12 weeks as they see the fruits of their labours unearthed before them.”

Catherine Conway, Homefields said: “We’re excited to be so heavily involved in this year’s competition. As the island’s largest independent wholesaler of fruit and vegetables we’re delighted to be supplying and distributing the growing packs which will help to educate young people about the importance of fresh and local produce, and the island's agricultural heritage.”

All schools taking part will weigh their own potatoes on the same day and send in their results, which will be uploaded to a dedicated area on www.genuinejersey.je. The winners in each of the schools categories will be presented with their certificates on Thursday 19th May at Grouville Parish Hall, where the weighing in of the media and Parish Constable’s entries will take place.