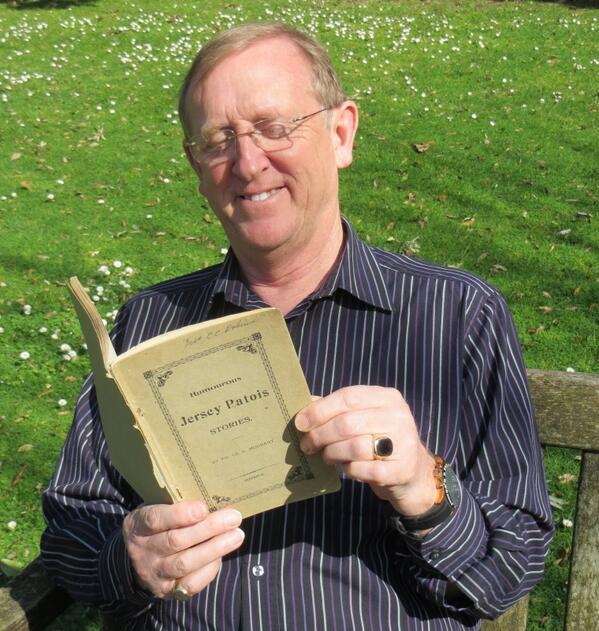 Tony Scott-Warren has lived most of his life in Jersey and began learning Jérriais in the early 1980’s. Tony’s enthusiasm for the language lead him to organise events to promote Jèrriais, and eventually to set up a teaching programme and open L’Office du Jèrriais in 1999. Tony told us more of his story, and about the importance of preserving our indigenous language:

My official title is Offici du Jèrriais, which basically means that I'm responsible for all aspects of our language. In the main this consists of organising and participating in the teaching programme and promotion of Jèrriais by all means possible. I head up a small team - Geraint Jennings is Offici Assistant and Colin Ireson is Maît' du Jèrriais. I also represent Jersey on the British-Irish Council's Indigenous, Minority and Lesser-Used Languages Working Party, which works to promote the languages of the British Isles.

The promotion of Jèrriais has been going on for many years; I first became interested in learning the language in the first half of the 1980s, partly as a result of a tour to Israel where a number of the group spoke Jèrriais amongst themselves in the back of the coach and I found that I could pick up little bits of the language. Frank Le Maistre, writer of the mammoth Jèrriais-French Dictionary was also there, and he told me that the Crusader castle that we visited in Akko (Acre) was built by Normans who spoke the same language as is still alive in Jersey. I was amazed and wanted to find out more. 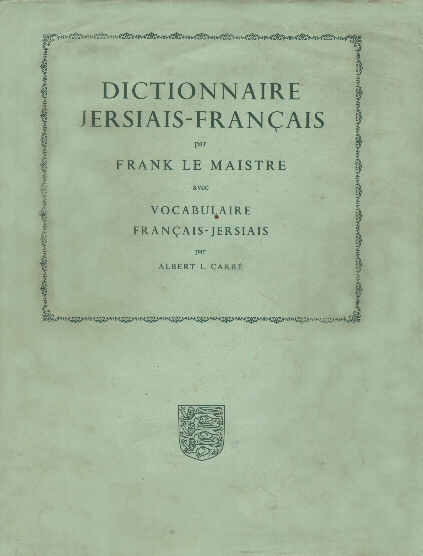 I started going to evening classes in around 1983 or 84, myself and some other students thought that more needed to be done to keep Jèrriais from extinction. We organised a number of events to raise its profile and began putting it more into the public domain. This eventually resulted in the formulation of an opinion poll which showed that over 700 families would be interested in having their children learn Jèrriais.  The States voted the funding to set up a teaching programme and L'Office du Jèrriais was opened at the start of 1999.

At L'Office we work entirely in Jèrriais, which helps in language development and also promotes it to other staff at the Education Department - some of them have begun to pick up a smattering.  We spend a lot of time on the teaching of Jèrriais - running classes for children in schools and Pallions (the schools that we use as centres of excellence for after-school teaching), adults at different levels and in the community.  For example, we are planning to start an informal conversational group in a St. Helier café to allow people who would like a chance to chat over coffee and to show others who perhaps never encounter Jèrriais in public to hear it.  Teaching materials are not available "off-the-shelf" so everything we use has to be created.  We make lots of use of social media, with a blog, Facebook page and daily use of Twitter.  There's also a lot of administrative work to be done, including answering enquiries from scholars around the world who have an interest in Jèrriais. 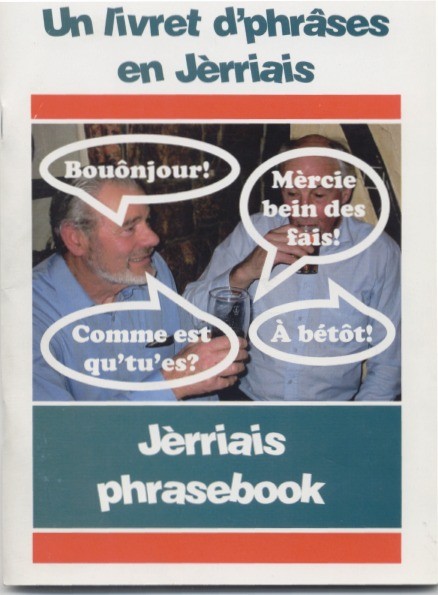 At a time when only 600 of the 6,000 languages around the world are said to be safe from extinction, it is in my opinion paramount that we do everything possible to maintain, preserve and record indigenous languages - they are repositories of wisdom built up over centuries and hold keys to the collective knowledge of their users.

Some people would argue that it's a waste of time to try to stop the flood-tide of majority languages, and that we would be better off all speaking the same language. However, even if this was to happen at some time in the future (and which language would become the universal tongue?), the nature of humanity is such that it would develop in different ways in different places and before long we would be back to having multiple languages again... 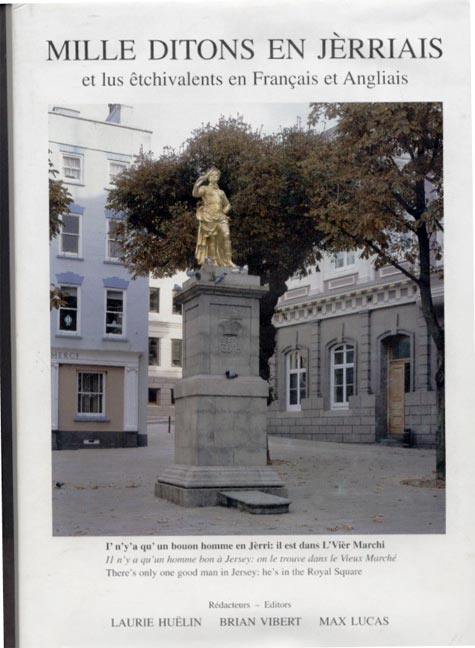 Jèrriais has been used by Islanders for hundreds of years, and its use should still be encouraged.  A fairly stable bilingual situation existed in the Island for much of the 19th century, and there is no reason to think that the inhabitants then were any more intelligent than today's. Understanding Jèrriais opens doors to our past and assists in understanding about the place where we live. There is also an urgent need to record and archive the language for the use of future generations.

We have a wide range of publications from L'Office du Jèrriais. At the moment the new children's books are generating the most interest.  We launched them last year - a series of six booklets called Toute La Pêque (the whole catch) for which we developed an idea that I had seen in Cornwall introducing Cornish to the very young.  We decided to use fold-out covers so that parents can read the stories, featuring local landmarks come to life, in either Jèrriais or English - or both!  We're working on getting the texts recorded to make it easier for mums and dads to refine their Jèrriais pronunciations!  There's also a nativity book, Chu Preunmié Noué, in the same format.  Among adults the two dictionaries, the Dictionnaire Jèrriais-Angliais and Dictionnaire Angliais-Jèrriais are probably our best-sellers. 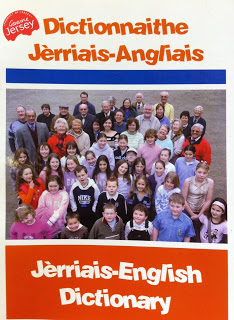 To see our current range of books, visit our website www.jerriais.org.je and click on Publications - we will have an on-line shop up and running soon for direct orders. The books are also available at the Société Jersiaise bookshop in Pier Road and Waterstones on Queen Street. Information on Jerriais classes can be found here: http://www.jerriais.org.je/learning.html